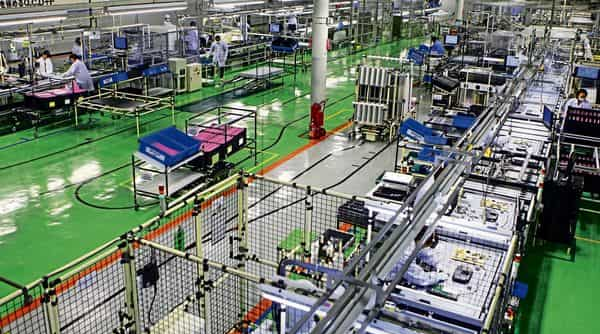 Television makers in India are ramping up manufacturing, expecting the government’s new production-linked incentive (PLI) scheme to be applied to the industry.

In November, 10 more sectors were added to the list with additional committed incentives of ₹1.46 trillion to boost local manufacturing.

“There’s going to be a boom in the manufacturing sector (for televisions). A lot of brands, especially Chinese, are looking for local partners,” said Arjun Bajaj, director of Videotex International, a domestic TV maker.

Bajaj said the company is setting up a factory in Noida, Uttar Pradesh, to double the current capacity to around 4 million sets a year. Videotex manufactures televisions for brands such as Realme, Hisense and Toshiba.

Another contract manufacturer, Super Plastronics Pvt. Ltd, said it is investing about ₹200 crore over the next three years to set up two new plants in India. The company has already acquired land and has started working on setting up the factories.

Super Plastronics has the capacity to produce more than 1 million TV sets in India, and will be adding capacity of another 2-3 million to it. SPPL is the brand licensee for Kodak and Thomson in India. Marwah said the company will also consider original design manufacturing (ODM) in India at the new factories.

The company has also partnered with Google for making its own AndroidTV-based televisions and plans to export the product if the government offers PLI to the TV sector.

Industry stakeholders said meetings were held with the government to discuss what aspects of manufacturing will be considered as a value addition from the industry.

Domestic manufacturing currently provides for 12-15% value addition for TVs, and there are plans to increase this to about 30% in the next two years. The influx of both Chinese and other global brands has improved technology access for manufacturers in India, too, and plans are on to make it an export hub for TVs.

One industry executive said plans are being drawn to set up open-cell TV panel manufacturing plants that will increase the value addition.

He noted, though, that this will take at least five years or more to be up and running. Open-cell panels account for 60-70% of manufacturing value addition in televisions and are controlled by Chinese manufacturers.

The Indian television market has faced a crunch over the past few quarters due to rising component prices, ocean freight and a shortage of open cell panels. However, the situation is expected to ease by the second half of 2021.

Jaipal Singh, associate research manager at the International Data Corp., said the country usually ships about 14 million TV sets, with 2020 recording slightly lower numbers (about 12-12.5 million) due to the coronavirus pandemic. Singh said 2021 should be a good year for TV makers if the situation normalizes. He also pointed out that duties and restrictions introduced by the government recently have already led most brands (big and small) to start manufacturing TVs in India.

Login to SPPL
Reset Password
Enter the username or e-mail you used in your profile. A password reset link will be sent to you by email.